Press Release by
btarunr
Oct 29th, 2020 19:58 Discuss (39 Comments)
The EVGA GeForce RTX 3070 is powered by the NVIDIA Ampere architecture. Built with enhanced RT Cores and Tensor Cores, new streaming multiprocessors, and high-speed G6 memory, it gives you the power you need to rip through the most demanding games at 1440p resolution. Combined with the next generation of design, cooling, and overclocking with EVGA Precision X1, the EVGA GeForce RTX 3070 Series creates a definition for ultimate performance.

The new NVIDIA GeForce RTX 30 Series GPUs, the 2nd generation of RTX, features new RT Cores, Tensor Cores and streaming multiprocessors, bringing stunning visuals, amazingly fast frame rates, and AI acceleration to games and creative applications. Powered by the NVIDIA Ampere architecture, which delivers increases of up to 1.9X performance-per-watt over the previous generation, the RTX 30 Series effortlessly powers graphics experiences at all resolutions, even up to 8K at the top end. The GeForce RTX 3090, 3080, and 3070 represent the greatest GPU generational leap in the history of NVIDIA.

EVGA iCX3 Cooling TechnologyBuilt for EVGA Precision X1
Built for NVIDIA GeForce RTX, EVGA Precision X1 is the next generation overclocking software to maximize and control your EVGA graphics card. With the new EVGA Precision for Game Bar widget, you can get instant access to monitoring and overclocking built right into Windows Game Bar. Want to overclock and monitor without even exiting your game? It's all here.

DXR (DirectX RayTracing)
DirectX RayTracing allows games to simulate how light works in real life, providing incredibly realistic and beautiful graphic effects like global illumination, reflections, and shadows. GeForce RTX GPUs were designed from the start for the demands of ray tracking workloads. Specialized RT cores, found only on GeForce RTX graphics cards, provide billions of rays per second of performance, and up to 3X the frame rate with DXR games and applications. This makes raytracing at real-time frame rates possible for the first time.

DirectX 12 Ultimate
DirectX is an API that enables developers to add amazing graphics effects to Microsoft Windows-based PC games. DirectX 12 Ultimate is the newest version of the API and new gold standard for the next-generation of games. DX12 Ultimate takes games to a whole new level of realism with support for ray tracing, mesh shaders, variable rate shading, and sampler feedback. GeForce RTX is the first and only PC platform with support for these game-changing features.

Cards seem decent and all but I'm only planning to get a 3070 because of the G-Sync monitor, otherwise I'd go with the AMDs all the way. The 980 Pro I got left me without cash to get a new card.

Maybe I should have just gotten the Modal Argon keyboard, hey, at least the synthesizer doesn't downright lose its value next year.
#4
and my guess, it will always be available till it ends eol hehe, nobody wants a bad priced product unless they have more money than intelligence hehe, at $400 it would be very good, at $500 is a disaster.
#5
Hey, scalper! *Buys card in half a minute then sells on Ebay for $100-200 more*.
#6
EVGA GeForce RTX 3070 Series Available Now Never
#7 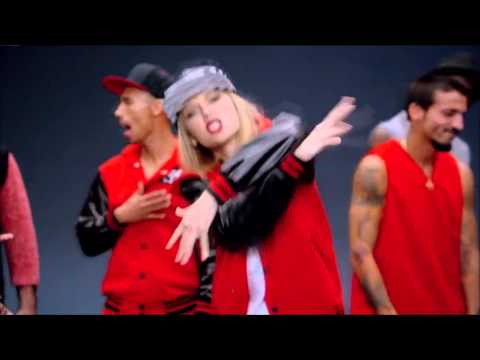 Anyway, the cooling on the icx are typically solid!
#8
good luck to you trolls buying it hehe
#9
Still rockin 2080 super. I need AMD to have some sort of software comparable to Nvidia RTX Voice. Very important for me as I live stream. Will get Nvidia instead of AMD just for that one feature.
#10

FluffmeisterYeah, and good luck getting a Radeon on the 18th of November.

Do you think Radeons will really be faster? And basically delivered at the same time?

Rtx voice? What makes it so special? Never heard of it. Just curious, but what did you use before? Multiple programs?
#11

moproblems99Do you think Radeons will really be faster? And basically delivered at the same time?

Rtx voice? What makes it so special? Never heard of it. Just curious, but what did you use before? Multiple programs?

RTX Voice noise canceling software made by nvidia, can be modded so any other non RTX cards can use it. Works pretty well in my case and i use it on my work form home setup in these covid times
#12

ViperXTRRTX Voice noise canceling software made by nvidia, can be modded so any other non RTX cards can use it. Works pretty well in my case and i use it on my work form home setup in these covid times

Seeing how its also working in other non RTX cards, its probably just using cuda cores or cpu instead. Name and description probably just to promote RTX cards (works great when i tested it on GTX 1070 and Quadro M2200 laptop)
#14
Of course they are not available, it's just marketing bullshit.

And in the EU they start at 550 Euros, that is 10% extra for the US price, excluding the VAT.
#15
Available next year for 200$ more....
Gimme a break
#16
Once AMD release their RX6000 series hopefully it can alleviate the current drought of high end GPU :D.
I really hope that those 3080/3090 scalpers get burned hard.
#17
Not a single card from any manufacturer was available here. Loads listed, zero in stock. Also more pricy than my RTX 2080, which is insane, as it has a $699 launch price.
#18
Guys, stop complaining already!
Nvidia and many users here on the Forum are sure, that its not a supply issue.

Its the users fault for buying the cards, not nvidias for just not having any cards.

Even though the Ampere Owners Club here in the Forum only has a single Member...
#19
Available where? Cause I just looked and in my area, in one of the biggest stores it says January for 3070.
What's even worse is the price. For how much was the 3070 supposed to go for? $450? Well, here the cheapest is for $680

ebivanGuys, stop complaining already!
Nvidia and many users here on the Forum are sure, that its not a supply issue.

Its the users fault for buying the cards, not nvidias for just not having any cards.

Even though the Ampere Owners Club here in the Forum only has a single Member...

I know it is a sarcasm from your side with this "not a supply issue" but that is serious. Even the 3070 is not in stock.
I only hope AMD really can deliver some cards. I can wait week or two but what NV does is utterly ridiculous.
#20
Yes it is. I had various red and green cards over the last 20 years. But now NV disapppinted me once again. I was ready to buy 3080 on launch, but this turns into a laughing matter more and more.
I really hope AMD can deliver and launches with a shitload of cards. If they do, they will take the whole holiday season sale from NV. I really love when an underdog sticks it to the man :)
#21
Available now (for pre-order).
#22

pre-order. Just like 3080 and 3090. Heh at least here in Norway the stores are honest and tell you when you will get the product. For all 3000 series NV cards is January. Bummer.
#23
But dont forget to preorder and pay now, 4 months in advance!
#24
And always remember guys "The more you buy the more you save."
#25
Europe really get the short end of the stick eh, from what I read Microcenter in the US get 100+ of 3070 in each of their store.
Here in South East Asia we get plenty of Ampere stock, though the prices are jacked up sky high. Seems like AIBs are all together on this where they only supply the premium models, while the lower end model like Asus TUF non OC is nowhere to be found (the TUF OC edition is 200usd more :roll: ).
Add your own comment
Jan 22nd, 2021 11:22 EST change timezone
Sign in / Register