Press Release by
AleksandarK
Nov 18th, 2020 04:46 Discuss (1 Comment)
Intel and Argonne National Laboratory are collaborating on the co-design and validation of exascale-class applications using graphics processing units (GPUs) based on Intel Xe-HP microarchitecture and Intel oneAPI toolkits. Developers at Argonne are tapping into Intel's latest programming environments for heterogeneous computing to ensure scientific applications are ready for the scale and architecture of the Aurora supercomputer at deployment.

"Our close collaboration with Argonne is enabling us to make tremendous progress on Aurora, as we seek to bring exascale leadership to the United States. Providing developers early access to hardware and software environments will help us jumpstart the path toward exascale so that researchers can quickly start taking advantage of the system's massive computational resources." -Trish Damkroger, Intel vice president and general manager of High Performance Computing.

Delivering exascale computing will be a monumental achievement for the world and will need close collaboration between government, academia and industry. An exascale supercomputer requires not only the development of leading-edge physical hardware technologies, but also the necessary applications and system software to efficiently run on the supercomputer. These hardware and software programming environments allow researchers to prepare key application software that will eventually run on the Aurora system.

Researchers at the Argonne Leadership Computing Facility (ALCF) are currently using software development platforms based on Intel Xe-HP GPUs as part of the Aurora Early Science Program and Exascale Computing Project. The two programs are designed to prepare key applications, libraries and infrastructure for Aurora. Intel and Argonne teams are working together to co-design, test and validate several exascale applications.

Having access to Intel Xe-HP GPUs and development tools enables Argonne developers to perform software optimizations across Intel central processing units (CPUs) and GPUs and investigate scenarios that would be difficult to replicate in software-only environments. The Xe-HP GPUs offer a development vehicle to Intel Xe-HPC GPUs ("Ponte Vecchio") that will be used in the Aurora system.

"Our collaboration with Intel in the area of cross architecture code development is benefitting many of our developer teams," said Susan Coghlan, project director for Aurora at the ALCF. "This co-design approach has led to the software stack's quick maturation to production quality for execution on Aurora."

1 Comment on Intel and Argonne Developers Carve Path Toward Exascale

#1
So Intel is the one carving the path to exascale, it seems some of other companies didn't get that memo. :D
Sep 22nd, 2021 05:27 EDT change timezone
Sign in / Register 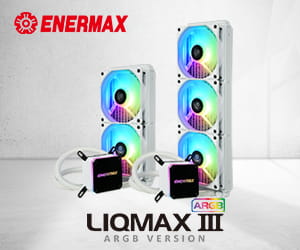