SK hynix has been promoting 4D technology from the 96-layer NAND flash products that combine Charge Trap Flash (CTF) with high-integrated Peri. Under Cell (PUC) technology. The new 176-layer NAND flash is the third generation 4D product that secures the industry's best number of chips per wafer. This allows the bit productivity to be improved by 35% compared to the previous generation with the differentiated cost competitiveness. The read speed of cell increased by 20% over the previous generation adopting 2-division cell array selection technology. The data transfer speed also has been improved by 33% to 1.6 Gbps adopting speed-up technology without increasing the number of processes.

Starting with mobile solution products that have improved maximum read speed by 70% and maximum write speed by 35% in the middle of next year, SK hynix plans to release consumer and enterprise SSDs sequentially expanding its application market of the products.

The Company also plans to consistently enhance its competitiveness in the NAND flash business by developing 1 Terabit (Tb) products with doubled density based on 176-layer 4D NAND.

"NAND flash industries are striving to improve technologies for high integration and maximum productivity at the same time," said Jung Dal Choi, Head of NAND Development at SK hynix. "SK hynix, as a pioneer of 4D NAND, will lead the NAND flash market with the industry's highest productivity and technology."

According to market intelligence provider Omdia, the NAND flash market is estimated to expand from 431.8 billion GB in 2020 to 1.366 trillion GB in 2024 with 33.4 percent Compound Annual Growth Rate (CAGR).
Source: SK hynix 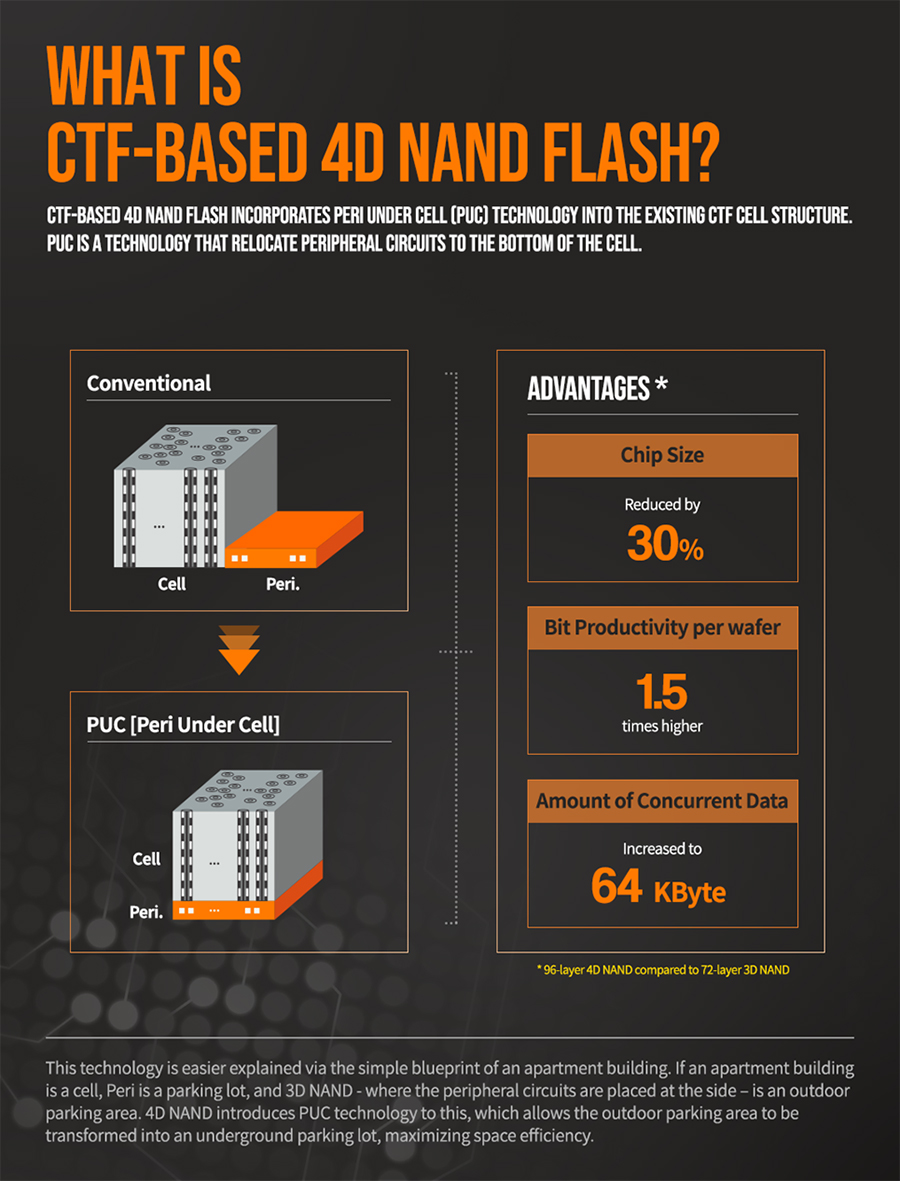 Thank you! I had no idea what they were talking about in the press release.
Jul 28th, 2021 19:19 EDT change timezone
Sign in / Register