by
btarunr
Mar 13th, 2022 22:35 Discuss (12 Comments)
SilverStone introduced the GM series of redundant PSUs in the PS/2 mini-redundant form-factor. These are functionally similar to the Twins PRO series from FSP. Much like the Twins PRO, the SilverStone GM-series features two detachable and hot-swappable sub-units. The series includes two models based on capacity, the GM 600 Silver, and the GM 800 Silver, with capacities of 600 W and 800 W, respectively.

Both models offer Cybenetics Silver-rated efficiency. Each sub-unit features a single +12 V rail design, and relies on a pair of 40 mm server-grade fans to keep cool. Each of these fans has a maximum noise output of 51 dBA. You get most common electrical protections, against over/under-voltage, overload, overheat, and short-circuit. The main body, which docks the sub-units, puts out fixed cabling. The GM 600 Silver is expected to be priced at USD $599.99, and the GM 800 Silver at $699.99, when the two start shipping late-March in Asia, and April for the rest of the world.

btarunrEach of these fans has a maximum noise output of 51 dBA.

51 decibals isnt too awful bad, considering 120mm fans can do 39dba.
#2
Curiously tho
These PSUs are Cybenetics silver certified instead of 80plus
Wonder what is the difference.
#3

51 + 51 dba = 61dba because sound is on log scale. Its still on the loud side though, but not surprising in server environments.
#4

Fourstaff51 + 51 dba = 61dba because sound is on log scale. Its still on the loud side though, but not surprising in server environments.

I like my math better! Yea I dont see this in a home environment, maybe for a NAS?
#5

CrackongCuriously tho
These PSUs are Cybenetics silver certified instead of 80plus
Wonder what is the difference.

Cybenetics is a PC hardware testing and certification company based in Limassol, Cyprus. It was founded with the intention of revolutionizing the way power supply units are tested and compared in order to give end users a clearer picture of the power products they buy for their systems. While 80 PLUS only measures efficiency at up to four load levels, Cybenetics measures both efficiency and noise level in thousands of different load combinations. Objectively speaking, Cybenetics’ testing and ratings give a much fuller accounting of how a particular PSU will actually perform in all/most use scenarios. 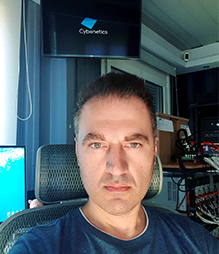 Cybenetics has a state of the art PSU testing lab, which is run by Aris Mpitziopoulos. Aris is an electrical engineer with degrees in Computer Science, Telecommunications, and a Ph.D in the field of wireless communications.
He has worked on the development and testing of countless power supply units in both industrial and media related positions. He is also the lead PSU reviewer for both Tom’s Hardware and TechPowerUp

Cybenetics was started because Aris was unhappy with the current state of PSU testing, certification, and comparison. He believed that people were not being given a clear picture of the units they were being sold nor the value of the certification system that the industry relies/relied upon to legitimize their claims to quality. With the help of outside investment, he was able to use his knowledge and experience to help create a company with the tools, expertise, and vision to test and accurately rate power supply units in a way that is clear, precise, and objective to the public.

HOW DOES THE CYBENETICS PSU RATING SYSTEM WORK?

There are many factors that should be taken into account when comparing power supply units. Currently typical efficiency and fan bearing are the only two that most companies and people seem to discuss or even know anything about. It’s for this reason that Cybenetics’ PSU rating system focuses on efficiency and noise level. Unlike with most rating/review companies, Cybenetics rates these two things independently for each unit with separate certification systems for both factors.

Cybenetics uses the ETA standard to rate PSU efficiency. This system was created by them and named after the Greek letter “H”, which is often used to represent efficiency in certain parts of the world.

The ETA system takes thousands of measurements across the entire wattage load spectrum. Measurements for the 5VSB rail, vampire power, and overall power factor are also taken into account to finally arrive at a unit’s ETA rating. This system currently has five possible ratings: S, A-, A, A+, A++. Due to the thorough nature of Cybenetics’ efficiency testing, ETA ratings are reported in overall efficiency rather than typical efficiency. This means that when you look at an efficiency rating from Cybenetics you know that you’re getting a full picture of what the power supply’s performance will look like. These rating requirements are very strict as well. This is to ensure the most accurate results and that only the best of the best units can get maximum ratings.

Cybenetics uses the Lambda standard to rate PSU noise levels. This system was created by them and named after the Greek letter “Λ”.

The LAMBDA system is tied directly to the ETA measurement process. Each of the thousands of measurements taken to determine overall efficiency are also used as an opportunity to measure a unit’s noise output. These noise level measurements are then averaged together to determine the unit’s LAMDA rating. This system currently has seven possible ratings: S, S+, S++, A-, A, A+, A++. This is because noise level is a lot more noticeable and important to many users, even at minor intervals of difference. Like efficiency with the ETA system, noise level is not rated at minimum or maximum in the LAMBDA system. It’s rated in overall noise output. This means that when you look at a noise level rating from Cybenetics you know that you’re getting a full picture of what the power supply’s sound performance looks like. Currently, Cybenetics offers the only widely recognized PSU noise certification in the world.

#6
Not sure what the use case is for redundant ATX power supplies is but it's nice the option exists, I guess?
#7

FungiNot sure what the use case is for redundant ATX power supplies is but it's nice the option exists, I guess?


One curious thing about this: It's PS/2/ATX form factor, yet all the screw holes are on those bent-out flanges, outside of the frame of the actual PSUs. Does that mean that these units are actually significantly smaller than a normal ATX PSU, missing something slightly below 1cm along each side (save for depth)? I have to wonder how well those flanges will hold up to holding the weight of what must be two pretty dense and hefty PSUs - I would imagine there being some sag involved. Not that it would matter much if your PSU sags a bit, but perhaps they should pack in some dense foam blocks or similar for support when mounted?

Also, the format of these would make them a decent candidate for splitting out into 12V PSUs (+ some sort of PicoPSU/PDCB) for weird, high-power SFF builds. That would effectively halve the price per unit too!
#8

Fourstaff51 + 51 dba = 61dba because sound is on log scale. Its still on the loud side though, but not surprising in server environments.

FungiNot sure what the use case is for redundant ATX power supplies is but it's nice the option exists, I guess?

PSU's at a constant load can blow up. In a critical enviroment like a datacenter you want twin PSU. If one snaps out you have a fallback and you have some time to swap out the bad part.

It happens more often then you think.
#10

JismPSU's at a constant load can blow up. In a critical enviroment like a datacenter you want twin PSU. If one snaps out you have a fallback and you have some time to swap out the bad part.

It happens more often then you think.

What would you have with ATX in the datacenter?
#11

FungiWhat would you have with ATX in the datacenter?

There are 2U, 4U chassis with typical ATX formfactor. And ive used to build simple file, voice or hosting servers such as gaming with a plain ATX motherboard and perhepials.

I mean the hosting company i used to work at was not what you call super enterprise, but had it's budget on used hardware.
#12

FungiWhat would you have with ATX in the datacenter?

The ones thinking Data-center as major application, they are a bit in the romantic side, they use of allot of guesswork.

Robotic arms in production line, this is now the major customer.
And yes such topics has not any significance for the average consumer.

Today all major brands, they own their in-house product verification facility.
Cooler Master this recently did their step forward so to demonstrate it publicly.