by
btarunr
Mar 27th, 2013 01:41 Discuss (61 Comments)
In its GDC press-briefing on Tuesday, AMD previewed the reference-design Radeon HD 7990 dual-GPU graphics card. The company dragged its feet over such a product throughout 2012, and allowed its AIB partners to launch graphics cards with their own designs. Among the two that made it to the market were a PCS+ board by TUL, sold under the PowerColor, VTX3D, and Club3D brands, and the ASUS ROG ARES II. While those cards had different company codename, "New Zealand," the new HD 7990 is being referred to internally, as "Malta."

AMD's belated move to launch the Radeon HD 7990 reference design could reiterate the company's long-haul strategy with the Radeon HD 7000 series, which could sail the company through the crucial Summer sales season, over to Q4 2013, when the company is expected to launch its next GPU generation. AMD's reference design HD 7990 enjoys an edge over current market offerings: dual-slot thickness. It uses three 90 mm fans to cool a complex heatsink cooling the two GPUs, the bridge chip, and the VRM to feed them all. AMD didn't speak much about the card, but mentioned that its triple-fan approach is paying dividends. "It's whisper quiet," commented Matt Skynner, general manager of AMD's graphics business unit.

#1
Many Thanks to Xzbit for the tip.
#2
Looks like the 7990 is coming along with some friends 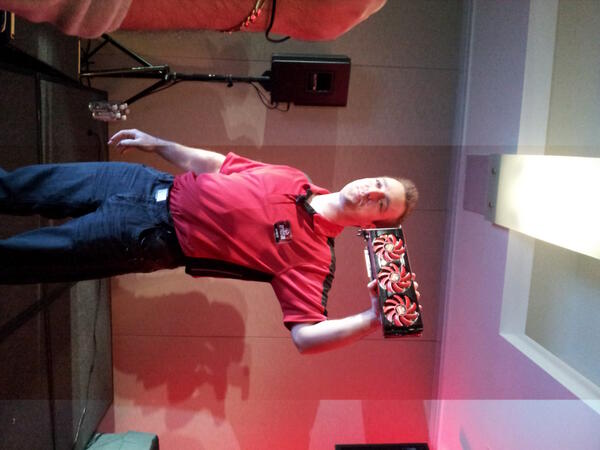 RUBY is making a comeback

Ruby: Rebooted, Reborn, Reloaded
GDC also marked the 10th anniversary of the launch of the original iconic AMD "Ruby" demo. To celebrate this milestone, AMD unveiled a sneak peek of its remodeled and reinvented Ruby, which was designed and developed by IllFonic, and harnesses the power of Crytek's CryEngine® 3 development engine. The latest AMD "Ruby" demo is still under production and is designed to highlight real-world gaming possibilities of AMD Radeon graphics technology. It will be unveiled to the world in the coming weeks.

•AMD Radeon™ Sky graphics
#3
"Whisper quiet" should be one of the main focus since the last gen dual-GPU Raden HD6990 was, well you know, "not quiet".
#4
why now? i thought they gave up on making one last year. what improvement or advantage will it have over 7990 from AIB before this?
#5

renz496why now? i thought they gave up on making one last year. what improvement or advantage will it have over 7990 from AIB before this?

Its said to be faster then any of the previous New Zealand cards. ASUS Ares and PowerColors Devil

Maybe they pull a rabbit out of the hat and its the new GCN 1.1 or 2.0 what ever they want to call it.

renz496what exact core being use in this upcoming 7990?

Some articles are all over the place from Tahiti Pro, XT / XT2.

If you look at the card in the picture its a much smaller design then the previous ones. It looks just like the FirePro S10000 and if its suppose to be faster then the Asus Ares II and PowerColor Devil 13. It leads me to beleive there is a new chip under there.

XzibitSo it might be a new chip on there

in my opinion this "beast" card is indeed using a new chip
#11
Card looks interesting. Waiting for some reviews.
#12
Reminds me of my old Gigabyte GTX 570...
I am most tempted to get this card upon release, we'll see just how efficient it is and how much better it performs over two 7950's...
#13
Interesting to say the least...
#14
Guy looks stoned
#15
I want
#16
Ah a sensible x2 8pin version.
Glad to see AMD finally releasing an official version.
#17
They can't even make tech demo by self.
#18
Good job AMD, hope to see nvidia doing the same
#19

RecusThey can't even make tech demo by self.

Nor does NVIDIA. It contracts GCI studios.
#20

Some articles are all over the place from Tahiti Pro, XT / XT2.

If you look at the card in the picture its a much smaller design then the previous ones. It looks just like the FirePro S10000 and if its suppose to be faster then the Asus Ares II and PowerColor Devil 13. It leads me to beleive there is a new chip under there.

why not making new single gpu card if they're going to use new chip? single gpu cards are much easier to sell than dual gpu cards. also did the card using 2 8 pin? looking at power consumption improvement they come up with 7790 i was thinking they were able to make something that will match 7970 in CF under 300W
#21

Of course. Even major game development studios contract CGI studios to create trailers for them.

Practically every "realistic" CGI trailer (as in, not made with the game's engine) has been created by a different company.
#22
Battlefield 4 was demoed using a 7990 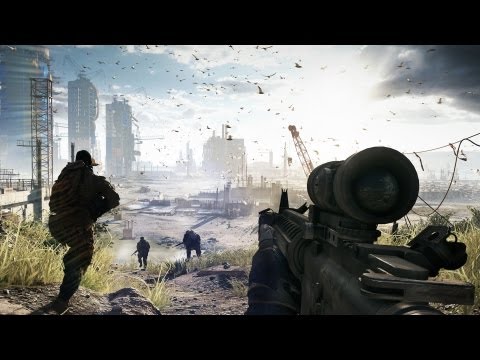 AMD and EA DICE are proud partners in gaming, with a recent history that includes the award-winning Battlefield 3 in 2011. That relationship continues today with the world’s first public demonstration of Battlefield 4, powered by the AMD Radeon™ HD 7990—the world’s fastest graphics card! Today’s unveiling not only demonstrates the commitment EA DICE makes to state-of-the-art PC graphics, it stands as further proof that the critically-acclaimed Graphics Core Next architecture in the AMD Radeon™ HD 7000 Series is the best choice for truly advanced PC games. www.battlefield.com/

douglatinsYeah i really want 400w of heat expelled inside my case

But, I want many things.
#25
from the looks of it I will need a full tower to house that baby and then maybe hacksaw too.
Add your own comment
Jul 2nd, 2022 01:58 EDT change timezone
Sign in / Register