by
VSG
Mar 15th, 2019 18:19 Discuss (11 Comments)
The more things change, the more they stay the same. Valve had promised continued support to the Steam Link after discontinuing it last year, and most took it to mean basic updates to the hardware device itself at the time. That was 2018, and it is remarkable how the topic of in-house game streaming has come up since. Be it Google's Project Stream which seemingly is leading up to a major announcement by the company at GDC coming up very shortly, or Microsoft introducing their new Wireless Display app for PC game streaming on the XBOX One, as well as bringing its XBOX Live service to mobile platforms on iOS or Android alike, 2019 seems to herald a re-focus into the concept of game streaming whether the infrastructure is ready or not.

Valve for their own part has had their Steam Link be enjoyed by a fairly niche audience, one that shares a more local form of game streaming from a host device to another on the same network. NVIDIA's Shield offered a similar concept, and that too has not really made the news as much as NVIDIA would surely have wanted. This latest news from Valve allows streaming of one's Steam library (games, in particular) to phones, tablets, and TVs with no download or service fees applicable. Interested users can participate in the open beta program by simply downloading the app (Google Play store only for now) or on the Raspberry Pi as has been the case for a few months already. The Steam Link app is compatible with a number of popular Bluetooth controllers, including the Steam Controller, and Valve recommends a 5 GHz network or wired Ethernet for best experience. Looks like the weekend just got busier than I originally planned! 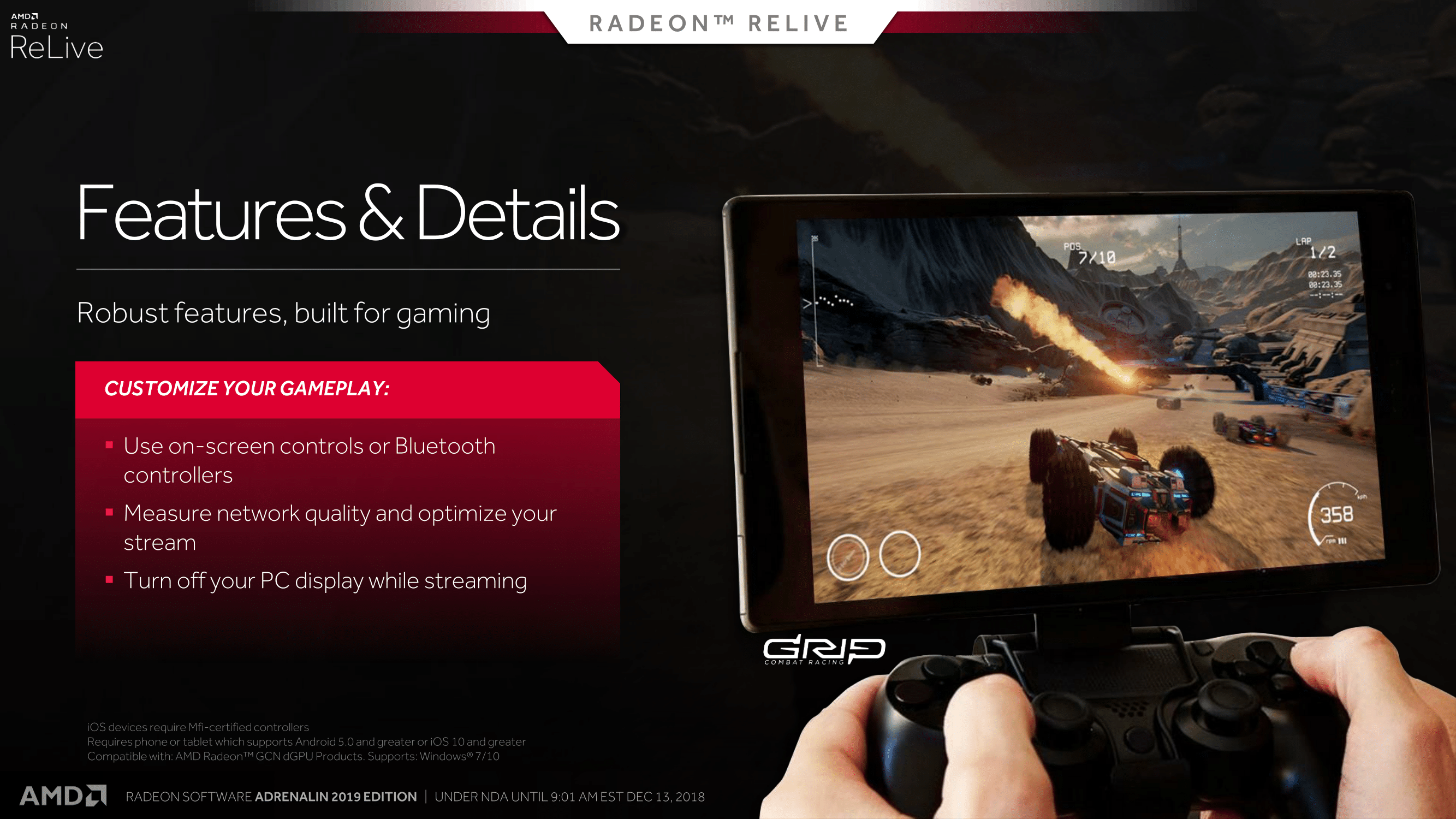 The Steam gaming app still hasn't landed on iOS, so again no flipping way this is happening,...
#3

Functionally they're similar, but Valve has offered their solution for longer, so if anything, it's ReLive that is "just like" Steam Link. ;-)

For me the main plus of Steam Link is that it's available on Smart TVs. Or it was. Microsoft announced their own streaming app for Xbox lately, so that's what I'll be be going for (playing both console and PC games on the Xbox).
#4
so much of pushing this kind of agenda when not many people in the world owns a decent Internet or postpaid plan when some ISPs are not giving advertised or promised speeds & 5G cellular network aren't even deployed.
#5

No, ReLive is more like GameStream (since both are limited to whichever GPU brand you are using). And it's just as buggy, and filled with shitton of unnecessary clutter.
If anything, AMD Live is the newest and the buggiest of the bunch.
SteamLink is platform-independent and GPU-independent. And I believe you can stream non-steam games as well (if you add them to the Steam library).

Tried SteamLink on several occasions now, and so far I like it. The performance is good even on WiFi (for platformers and adventure games), controls are OK.
Before that I used Gamestream with Moonlight client (since NV artificially locked their protocol to Tegra devices).

Tsukiyomi91so much of pushing this kind of agenda when not many people in the world owns a decent Internet or postpaid plan when some ISPs are not giving advertised or promised speeds & 5G cellular network aren't even deployed.

I think you are getting the very-very wrong idea of what this is a bout. SteamLink, AMD Live, NV Gamestream are all for living room streaming, e.g. from PC to Phone/Tablet/Set-top-box over local network.
Think of it as WiDi or Miracast, but with input controls and no Ad-hoc.
#6
While I'm not planning to use this new feature (heck, I barely ran the old, local streaming feature twice, for testing purposes), I think it's a good move. Back when playing games remotely meant having the entire content hosted/running on non-player-owned servers (and thank god these attempts didn't end well!), one couldn't help but to worry what the future would turn out to be; DRM is problematic as it already is, no need to give corporations even more power! Options are good, even if you don't use them.

I still think current -worldwide- internet infrastructure is way behind the ability to support these kinda things.
#7

OctaveanNo way Apple allows this on their iOS devices,......

The Steam gaming app still hasn't landed on iOS, so again no flipping way this is happening,...

OctaveanNo way Apple allows this on their iOS devices,......

The Steam gaming app still hasn't landed on iOS, so again no flipping way this is happening,...

I disagree. I think it probably will, they just are working on a different version that won't allow in app purchases.
#9
Mobile Game Streaming

Dear Lord that's a thing? Never thought Idiocracy would turn out to be an accurate documentary
#10
Is this really required? How about Valve Finally release a Half Life 3 and a Left 4 Dead 3 for goodness sake. It's been 10-15 Bloody Years already LOL
#11

Yes, this is the future of gaming. And not a very distant one, to be honest.
Everyone wants a piece.

Most big names (Microsoft, Google, Nvidia, AMD, Apple) focus on gaming services.
Valve is forced to rely on what they've been doing for a while: streaming between one home device to another.
I'm afraid the battle is lost anyway: both MS (PC > Xbox) and Nvidia (PC > Shield) have better solutions already. They only need to make apps for 3rd party clients.
Add your own comment
Feb 22nd, 2020 08:57 EST change timezone
Sign in / Register