by
Raevenlord
Aug 20th, 2019 14:22 Discuss (32 Comments)
Just in April, Microsoft was introducing the first flighting programs for their chromium-based Edge browser, with daily (Canary) and weekly (Developer) builds being made available to users. Fast forward four months, and the company is now making it available in beta form - the last step between general availability and an official, "finished" release.

Microsoft decided to stop developing their in-house browser engine, instead taking from and building upon the open-source Chromium project, from where Google chrome takes most of its components. The decision was meant to allow Microsoft to become a more powerful player in the development of Chromium and the internet browsing experience as a whole, facilitating developers' work. The Beta of Edge supports 14 languages and some quality of life features, such as the ability to decide whether their new tab page is laid-out in a Focused, Inspirational or Informational mode. Some other supported features include Microsoft Search (integrated with Bing), Internet Explorer mode and Windows Defender Application Guard. There's also a tracking prevention browsing mode, which prevents tracking from websites that you haven't really visited. This features includes three levels of privacy - Basic, Balanced and Strict. Will this be enough to make you jump towards the Edge?

#1
I've already been using the Dev builds of this new browser for the last two months, so far so good. Better than Google Chrome, it just feels less heavy than Google Chrome.
#2
Instead of one company stealing your data, there will be two now! ahehehehehehehehehe
#3
Sticking to Brave... Thanks no thanks.

Commence browser war in the comments
#4
why even bother microsoft? we have tons of chrome variants allready...
#5

Dave65That supposed to be funny?

go to the link and look at the graphic, it was supposed to be funny yes but you missed it :roll:
#6
Will this be enough to make you jump towards the Edge?

zlobbyWill this be enough to make you jump towards the Edge?

I'd rather jump off a cliff...

Better than being a Chrome dome!

I am typing this in Edge on Android. F**k Chrome.

I've been running the dev releases of Chredge on 10 for awhile now. ;-)
#8
FF all the way, google can keep all it's crapware and snooping, IE was even decent until it got axed, but Chrome? no thanks
#9

gamefoo21Better than being a Chrome dome!

I run only Foxes! Can't stand anything google!
#10

svan71I went to the site, not one white guy or gal working on it.

remixedcatwhy even bother microsoft? we have tons of chrome variants allready...

Microsoft already stated why, basically they want to move the internet over to a single browser so compatibility is easier, they will abandon Edge and IE as well once they are ready they said, I forget the exact article but it was a direct person from Microsoft saying this. They also urged Firefox to make a Chromium version, basically they just want their to be one browser to code for, open source, for security, stability... companies not having to pay an extra person to make sure their website looks great on multiple web browsers, etc.

It's a good idea in theory, but I have had several times Chrome never worked for me, but Edge worked flawless... so I am a bit sad that day might come... hopefully they get all the kinks worked out by then.
#12

I approve this message!

Especially since Google has decided to cripple ad blocking all the way down into Chromium... so all Chromium based browsers will eventually have to neuter ad blockers. It's for your security though!

Alphabet has shown incredible contempt for their whole 'Do no evil' slogan. They've gone hard fir those dark side cookies, and as a result like to load our devices with evil cookies. :laugh:
#13
I switched to Firefox maybe 6 months ago and that's the best decision I've made in a long time. Google has a horrific record on privacy (Microsoft isn't great, but Google is far worse). Edge really is fine the way it is, I've used it occasionally and it's definitely a high performance low battery usage browser... just missing a few features I like that's why I don't use it.
#14
Hmm.. I like it, but I am still stuck on Netscape Navigator. Every time I install another browser Netscape yells at me and makes me uninstall it.

Some things you just learn to deal with.. i.e., Chrome.
#15
Microsoft has managed to dig out a vast majority of the Google-related stuff out of Chromium to make the new Edge. Microsoft has even contributed stuff to make Chromium better which is how open source works. And as for the people who say that Google can ram stuff down our throats, there's always the option to fork the code and only merge in the changes you want to merge in. Again, this is how open source works. This is literally the beauty of open source; contribute back when you have something to contribute and if you don't like where it's going then there's the option to fork it.
#16
I know about forking and porting changes. I just wonder how it'll affect compatibility if they have to fork it.

Say like the ad blocker breaker, it's a pretty low level method for chrome to interact with the site.

I'd be happy if they can fork it, keep things functional and call the fork, Chredge... lol
#17
I'll always keep supporting Mozilla. I've been with them since the Mozilla Suite days, while Firefox was still baking in the oven and called Firebird at the time, and Internet Explorer 6 was a blight on humanity.

Here's a little trip down memory lane for those interested in web browser tech history: 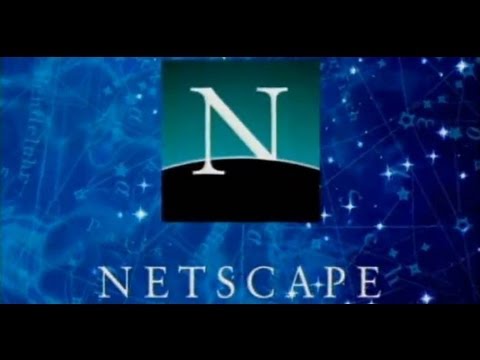 #18
I'm a web developer and architect of the JAB Creations web platform. While we generally loathed Microsoft for it's monopoly when they calmed down, got back in to the game and actually made an effort to engage in the community they generally did a good job. Granted they really dropped the ball with coming out really late with things such as CSS variables though in later iterations of Internet Explorer (I do not call IE "Edge", it's a pointless rebrand) when they did something (e.g. border-radius) they did a damn good job. The problem is that Microsoft is exactly like Google, they're very political business entities and they do not like consumers at the corporate level / executive level.

IE and "Edge" used the Trident rendering engine. By switching to Chrome's Blink engine they're giving their low-fat milk market share over to Google who already has a wild excess of market share and mostly because Chrome was pre-packaged with every piece of software on Earth from anti-virus installers to Crap Cleaner, etc. Add to the "market mindshare" of people who can't think for themselves and Mozilla's "leadership" being high on drugs and also being political extremists losing an entire engine is a huge blow to the web development community. It is literally impossible to stay neutral in regards to Microsoft when you pound on the schills, astro-turfing, political extremism and the general uncontrolled behavior and total lack of ethics. IE's new beta using Blink is the double-deuce to the entire web development community. Which I do not include nubs who only test Chrome as part of our community.
#19
I've used Firefox for the last 15 years, and I'm not going to even try another browser.
#20

Chloe PriceI've used Firefox for the last 15 years, and I'm not going to even try another browser.

While I'm with you in spirit on that point, the objective scientist in me insists on always giving things an honest chance. This is why I have FF as my primary browser, Waterfox as my secondary and Iron(security focused chromium derivative) as the third.
#21
Man this browser is nice on win7. It's very fast (939 platform). It's slower on my laptop win10.
#22

delshayMan this browser is nice on win7. It's very fast (939 platform). It's slower on my laptop win10.

I've seen this. Seems Microsoft has pulled out the goods. This beta of Edge seems to be running better that Chrome. Very interesting. Hate to say it, but they may have done right here..
#23

lexluthermiesterI've seen this. Seems Microsoft has pulled out the goods. This beta of Edge seems to be running better that Chrome. Very interesting. Hate to say it, but they may have done right here..

Yep, Microsoft has actually done a damn good job with this new browser. It's convinced me to use a Microsoft web browser again. Who knew we'd be praising Microsoft here.

Excuse me while I go to the restroom, I need to use Listerine to get the taste of praising Microsoft out of my mouth. Something about it just tastes funny.
#24

trparkyIt's convinced me to use a Microsoft web browser again.

trparkyExcuse me while I go to the restroom, I need to use Listerine to get the taste of praising Microsoft out of my mouth.

Yup, I need to go wash my hands after typing out that comment...
#25

lexluthermiesterYup, I need to go wash my hands after typing out that comment...

You might need to burn the keyboard too. :laugh:

I'm using this browser full time, what better way to really put it through its paces than to use it full time. For being a beta version it's stable, like really stable.
Add your own comment
May 8th, 2021 23:58 EDT change timezone
Sign in / Register