Press Release by
TheLostSwede
May 25th, 2022 01:39 Discuss (82 Comments)
Back in 2012, ASUS released the world's first ever 144 Hz monitor, and we've been chasing high refresh rates ever since. From the first 240 Hz NVIDIA G-SYNC display we released in 2017 to the first 360 Hz display in 2020, ROG is committed to pushing competitive gaming to new heights at every opportunity. Now, we're ecstatic to announce that we've done it again: introducing the ROG Swift 500 Hz, a groundbreaking new gaming monitor that refreshes 500 times per second, for the most fluid, fast-paced motion you'll find in modern Esports.

In competitive, intense firefights, every single millisecond counts. The ROG Swift 500 Hz draws frames more than eight times faster than typical 60 Hz displays in a single second, which means you have that much more time to get a leg up on your opponent in esports titles like Counter-Strike: Global Offensive, Valorant, Overwatch, and Rainbow Six Siege. With super low response times and unprecedented improvements in input lag, the ROG Swift 500 Hz is the new benchmark in Esports, offering the same competitive advantage that made its 360 Hz predecessor the official display at last year's DOTA 2 The International championship. The ROG Swift 500 Hz features a 24.1-inch Full HD (1920x1080) panel, allowing your GPU to push as many frames as possible. ROG was able to push refresh rates to the limit by using new Esports TN (E-TN) technology, which offers 60% better response times than standard TN panels, allowing us to reach a new milestone in speed and clarity.

The other half of the secret sauce comes from NVIDIA: with NVIDIA's Reflex Analyzer and G-SYNC built-in, gamers can tune their settings for the lowest possible input lag, without stuttering or tearing. You'll see every moment as it happens, without waiting for the screen to refresh—allowing you to make your move before your enemy even sees you coming. Plus, with overdrive values perfectly tuned for every portion of the variable refresh rate range, motion blur is kept at a minimum no matter what framerate you're getting.

Finally, we've also included an enhanced Vibrance mode, specifically tuned for esports, built into the monitor's firmware. This mode allows more light to travel through the LCD crystals, giving colors new levels of vibrancy and allowing you to pick out details and highlights that might give away an enemy's position.

Ok ok, goint past 360hz is completely pointless for 99.9% of the people
#5
The benefits of higher refresh rates go beyond how many frames a second the human eye can "see."
#6
It helps with the animation for certain, but the input reduction gains get smaller and smaller. You'd be buying it more for the improvements to animation between the two which still is a technical edge.
#7
24" bleurgh
#8

Then I have a surprise for you later.
#9

This is because of a WELL documented and proven physical limitation known as "persistence of vision". This condition is why we all easily enjoyed CRT screens BITD without actually seeing the individual scan-lines. Even at 50hz PAL standard, the human eye can not perceive the scan-lines of the electron gun. And before anyone says "It's because of the phosphor glow effect.", no it isn't. High-speed camera's have already debunked that nonsense.

This is why 300hz, 480hz and 500hz panels are a waste. They can not help the human eye see faster even if the screen can display a higher framerate.

People, if you need fast refresh rate, get yourselves a high quality screen that can do between 180hz & 240hz and call it a day. Anything faster is snake-oil and a waste on your eyes.

Take your own advice. He wasn't far off the mark.

kongaThe benefits of higher refresh rates go beyond how many frames a second the human eye can "see."

Above a certain framerate, that is a myth..
#10
They're still marketing shitty TN panels as "gamer"? Ugh. :fear:
#11
Is this what the fake official science forces you to believe in? :kookoo:
#12
Time to go back to CRT 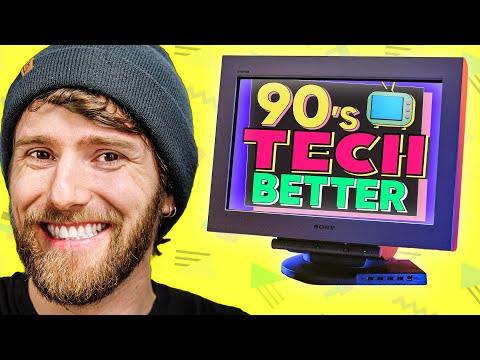 Xex360Why not use OLED and bring true jump in both quality and performance.
We have two big manufacturers of OLEDs, and LG even has true RGB OLEDs.

If I had to guess, it's because TN is cheap (both in price and quality), so you only need a high enough refresh rate to market it as "gamer" and boom... profit!
#16

ARFIs this what the fake official science forces you to believe in? :kookoo:

Read, learn. Or continue in ignorance, your choice..
#17
Completely sidestepping the argument of whether human vision can perceive the difference between 500 and 300 Hz, how many games are capable of running at those framerates?

AusWolfIf I had to guess, it's because TN is cheap (both in price and quality), so you only need a high enough refresh rate to market it as "gamer" and boom... profit!

Chrispy_how many games are capable of running at those framerates?

Depends on the resolution. The panel above is 1080p. A 3080/RX6800 and above can easily push most games above 300fps, especially if some of the settings are turned down/off. So whether or not a PC can can output upto 500fps is academic.
#19

Esports, not gamer.
#20
This is incredible, if it goes over a 1000hz then blur will be a thing of the past, more here at this link blurbusters.com/blur-busters-law-amazing-journey-to-future-1000hz-displays-with-blurfree-sample-and-hold/

Chrispy_Completely sidestepping the argument of whether human vision can perceive the difference between 500 and 300 Hz, how many games are capable of running at those framerates?

Completely sidestepping that argument as well, is 500 Hz even supported by Windows and GPU drivers?

Oh! I do apologise.

I still think TN panels are bad, though.
#22

That all depends. If there's enough action/movement on the screen, you will REALLY notice it. Just to give an example, World of Tanks has a game mode that they run once in a while where its 30 vs 30. When you get 20-25 tanks from each team fighting it out at the same objective, having a higher refresh rate does make a big difference. Now whether or not at this point the gaming world needs 500Hz refresh rate, I couldn't tell you. However, the fact that its on a shitty TN panel is enough to steer me away. I'm on a G-Sync IPS panel & will never go back to a TN panel. They have really poor viewing angles & inconsistent colors(i.e. color shifting). My old laptop was only a 17" display @1920x1080 resolution and at 2 ft. away, the bad viewing angles were still slightly noticeable. I can't imagine how bad it would be on a 24"+ display.
#23
why.........i thought 360hz is bad enough and this ?
#24
This is a good way to sell poor/ low cost panels at high price. Just slap some outrageous refresh rate and a big price tag.
#25
How do higher refresh rates affect pixel longevity?
Add your own comment
Jun 29th, 2022 21:29 EDT change timezone
Sign in / Register