Press Release by
AleksandarK
Nov 23rd, 2021 02:22 Discuss (2 Comments)
As the global vaccination rate rose, and border restrictions in Europe and North America eased, social activities also began to enter a period of recovery, with the consumer electronics market seemingly ready for the arrival of the traditional peak season in 2H21, according to TrendForce's latest investigations. At the same time, however, the global supply chain was affected by delays in maritime transport, skyrocketing shipping costs, and component shortages, in addition to already-prohibitive price hikes for certain components in 1H21. Given the parallel rise in both material and manufacturing costs, the market for end products has not undergone the expected cyclical upturn in 2H21. Even so, the overall demand for and shipment of smartphones, notebook computers, and monitors experienced QoQ increases in 3Q21, thereby driving up businesses for major OSAT (outsourced semiconductor assembly and test) companies. For 3Q21, the revenues of the top 10 OSAT companies reached US$8.89 billion, a 31.6% YoY increase.

The app will be available in beta starting this week in the LG Content Store on select 2021 LG 4K OLED, QNED Mini LED and NanoCell TV models in 80 markets. The app will enable LG TV owners with compatible TVs to instantly enjoy over 35 free-to-play games with just a compatible controller, no additional hardware required. Games include Rocket League and Destiny 2 plus hit titles such as Marvel's Guardians of the Galaxy and Crysis Remastered Trilogy, all playable at up to 1080p resolution and 60 frames per second. GeForce NOW Priority members get access to the most advanced platform for ray tracing and AI technologies, streaming from NVIDIA RTX-powered servers in data centers worldwide for the most responsive gameplay and gorgeous, high-quality graphics.

Press Release by
VSG
Oct 12th, 2021 09:00 Discuss (6 Comments)
XGIMI LIMITED, a leading global projection equipment manufacturer, today announced the launch of a new 4K ultra short-throw laser projector, the Aura. As XGIMI's first laser projector, the Aura is aiming to become the new living room centerpiece, claiming the throne that has been held for decades by traditional television sets. The Aura is now available globally on the XGIMI websiteThe XGIMI Aura is a forward-thinking way for anyone to enjoy music, movies, shows and games in their home using ultra short-throw technology to project images at up to 150 inches, while only being inches away from the screen. Aura features a smooth Android TV 10 user interface that has the ability to run streaming services like Disney+ and Amazon Prime, without the need for external hardware. To make watching content even easier, the Aura has built-in Chromecast functionality for seamless content casting and features three HDMI ports for external devices like game consoles, cable boxes and Blu-Ray players.

All that compatibility doesn't mean a thing if images don't look great, and the XGIMI Aura has put those fears to rest while also offering a stylish design, luxurious look and feel. The Aura is capable of projecting at 4K and HDR10 resolutions with screen sizes of up to 150 inches while also adding low latency image processing capabilities. The Aura projector is powered by 2400 ANSI lumens of brightness, meaning crisper whites, darker and richer blacks and colors that pop. Thanks to the Aura's impressive ultra short-throw technology, the projector only needs to be a little over eight inches away from the screen to get the full 100" display, a size which most TVs could never match. That level of immersion is practically magical.

by
TheLostSwede
Sep 14th, 2021 11:15 Discuss (10 Comments)
It's been a long time coming, but Sony is finally ready to allow all of its PS5 customers to get access to the M.2 SSD storage expansion slot, courtesy of the September system update, which lands tomorrow. It's not the only feature that the new update will bring though, as Sony has also worked on some user experience enhancements when it comes to navigating the UI, as well as some improvements to the PlayStation Now UI.

Revenue of Top 10 OSAT Companies for 2Q21 Reaches US$7.88 Billion Due to Strong Demand and Increased Package/Test Prices, Says TrendForce

Press Release by
AleksandarK
Sep 7th, 2021 02:22 Discuss (1 Comment)
Despite the intensifying COVID-19 pandemic that swept Taiwan in 2Q21, the domestic OSAT (outsourced semiconductor assembly and test) industry remained largely intact, according to TrendForce's latest investigations. Global sales of large-sized TVs were brisk thanks to major sporting events such as the Tokyo Olympics and UEFA Euro 2020. Likewise, the proliferation of WFH and distance learning applications propelled the demand for IT products, while the automotive semiconductor and data center markets also showed upward trajectories. Taking into account the above factors, OSAT companies raised their quotes in response, resulting in a 26.4% YoY increase in the top 10 OSAT companies' revenue to US$7.88 billion for 2Q21.

TrendForce indicates that, in light of the ongoing global chip shortage and the growing production capacities of foundries/IDMs in the upstream semiconductor supply chain, OSAT companies gradually increased their CAPEX and expanded their fabs and equipment in order to meet the persistently growing client demand. However, the OSAT industry still faces an uncertain future in 2H21 due to the Delta variant's global surge and the health crisis taking place in Southeast Asia, home to a significant number of OSAT facilities.

Press Release by
AleksandarK
Jul 6th, 2021 10:56 Discuss (76 Comments)
The Nintendo Switch family of systems is about to gain a new member. On Oct. 8, Nintendo Switch (OLED model) will launch at a suggested retail price of $349.99, giving people another option for how they want to play the vast library of games on Nintendo Switch. Click here to view the video announcing the new system.

Press Release by
AleksandarK
May 24th, 2021 09:24 Discuss (1 Comment)
While demand for TVs underwent a slowdown in China and Europe due to the onset of the cyclical downturn, quarterly TV sales in North America reached a historical high in 1Q21 thanks to the proliferation of the stay-at-home economy and government-issued economic stimulus plans, such as the March 2021 handout of US$1,400 stimulus checks to most US citizens, according to TrendForce's latest investigations. Bullish TV sales in North America propelled global TV shipment for 1Q21 to 49.96 million units, a 24.2% QoQ decrease but an 11.5% YoY increase.

TrendForce further indicates that Hisense has been particularly aggressive in expanding in the overseas markets via consumer-friendly prices. Not only did Hisense successfully enter the top five list of the largest TV brands in North America in 1Q21, but the company's market share also surpassed 10% and reached 11.1%, with a 4.19 million unit quarterly TV shipment, which represents an 8.8% increase YoY.

Press Release by
AleksandarK
May 19th, 2021 03:47 Discuss (0 Comments)
Owing to the impact of the COVID-19 pandemic in 2020, not only did LED revenue experience a downward trajectory, but this decline also reached a magnitude rarely seen in recent years, according to TrendForce's latest investigations. However, as vaccinations begin taking place in 1H21, the LED market's long-stifled demand is expected to rebound from rock bottom. Hence, global LED market revenue will likely undergo a corresponding recovery this year as well, with a forecasted US$16.53 billion, an 8.1% increase YoY, in 2021. Most of this increase can be attributed to four major categories, including automotive LED, Mini/Micro LED, video wall LED, and UV/IR LED.

LG Smart TVs to Get Stadia Cloud Gaming in Late 2021

Press Release by
AleksandarK
Jan 12th, 2021 03:22 Discuss (8 Comments)
LG Electronics (LG) announces a planned partnership with Google to bring Stadia to its latest webOS smart TVs in the second half of this year. After Stadia comes to Google TV, LG will be the first TV manufacturer to natively support Stadia gameplay via webOS.

LG is demonstrating its commitment to supporting premium gaming on its state-of-the-art displays, made even more compelling with support for 4k and 5.1 surround sound for Stadia Pro users. Stadia on LG TVs will allow customers to instantly play hit Stadia games such as Cyberpunk 2077, NBA 2K21, Assassin's Creed: Valhalla and Watch Dogs: Legion with just a Stadia controller and no additional hardware or game downloads required.

The 48-inch Bendable CSO display utilizes OLED's advantages as its paper-thin screen bends and unfolds with a curvature radius of up to 1,000R, meaning that it can be made to bend up to a radius of 1,000 mm without affecting the function of the display. It can therefore be turned into a flat screen while watching TV and used as a curved screen while gaming. The curved display offers a uniform viewing distance from the middle of the screen to its edge, maximizing the visual immersion that is popular among gamers.

The Famous Digital MP3 Player Winamp Gets Its Own Internet Museum

by
AleksandarK
Sep 14th, 2020 04:32 Discuss (17 Comments)
Today there is a little bit of nostalgia to be brought for your reading pleasure. In the early days of dot com boom, when the internet was taking off, there was a service called Napster which allowed users to download entire music albums in MP3 format for free. Logically you needed an MP3 player to listen to these songs and there came Winamp - the most popular MP3 player at the time with a lot of features like sound equalizer, bitrate adjustment, and more. The users of this piece of software especially liked it because of the one thing - customization. You could have applied all kinds of skins to it, and users distributed a lot of them online. From anime to TV shows, you could find all kinds of skins for it. So to honor the software, there is now an online museum containing over 65.000 skins that you can view in JPG format and download to apply to your Winamp application. You can check out the museum here.

by
Raevenlord
Jun 30th, 2020 16:43 Discuss (23 Comments)
Xiaomi is looking to grab a piece of the premium TV market with the new Master Series. Xiaomi's new flagship TV, to be announced for the Chinese market on July 2nd, will be offering up a 65-inch OLED panel with a snappy 120 Hz refresh rate, which means it will be able to take full advantage of next-generation consoles' "up to" 120 Hz FPS delivery. Besides the OLED chops, there's Dolby Certification for both Dolby Vision and Dolby Atmos.

Other specs include HDMI 2.1, VRR support, and ALLM (Automatic Low Latency Mode). A quad-core Arm Cortex-A73 custom chip will be powering the TV's graphical and OS processing. Apparently there will be some sort of RGB lighting on the TV's frame, and a metallic remote control with NFC support aims to increase the premium feeling. Xiaomi's CEO Lei Jun described it as "Xiaomi's ultra-high-end OLED TV" and "very amazing." Well. We'll have to see now won't we. If it's actual competition to today's premium mainstream LG C9 and Samsung Q90R TVs, it's bound to sell like hotcakes. 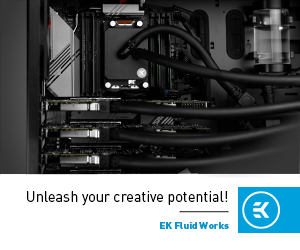