by
Kreij
Feb 5th, 2014 13:01 Discuss (22 Comments)
Most of you are familiar with the name John Carmack. For those who may not be, he's the legendary game developer and engineer who was one of the four founders of iD software and the creator of classic genre establishing games such as Wolfenstein 3D, Doom and Quake. If you play any first-person shooters on your PC you can add Mr. Carmack to the list of people to thank for that

After 20 some years with iD Software, Carmack became very interested in the advances of virtual reality after iD released its latest game Rage, especially with Oculus VR's Oculus Rift headset, and last August signed on to be the Chief Technology Officer (CTO) over at Oculus VR. At the time, he was splitting his time between Oculus VR and id Software. In November of 2013, Carmack left iD Software to devote all his time to working with virtual reality at Oculus VR.

One of the things that many people wondered was why would he leave iD Software? Even after iD Software was purchased by Zenimax Media (the parent company of Elder Scrolls developer Bethesda Softworks) back around June of 2009, he still had free reign to take the studio in the direction(s) he felt were in its best interest. Almost.

In a recent interview with USA Today, Carmack revealed that he tried to work out some kind of deal between Oculus and Zenimax that would allow the games he worked on at iD to appear on the Oculus Rift headset, so that the games in current development, such as Wolfenstein: The New Order and Doom 4, could be part of the technical demonstrations for the Oculus Rift.

"It would have been a huge win," says Carmack, who was still full time at id when he proposed the deal. "It seemed like a sensible plan for me."

Zenimax, however, was not interested which led to Carmack leaving iD Software so he could work on something that he felt, and still feels, will be a huge technological advancement for not only gaming, but almost all aspects of computer use in the future.

"But they couldn't come together on that which made me really sad. It was just unfortunate," Carmack says. "When it became clear that I wasn't going to have the opportunity to do any work on VR while at id software, I decided to not renew my contract."

While there are a lot of details we don't know, this sure seems like a very short-sighted move on the part of Zenimax and its investors. The latest accolades coming from both the game and simulation developers, and news media, pertaining to the recent reveal of the high-definition version of the Oculus Rift are enough to make almost any investor show a great deal of interest in the evolving technology. This is not to say that we will never see Zenimax games coming with VR support, but it would seem that being on the forefront of those who backed the technology early on would gain them a lot of love in the PR space, which would definitely be to their advantage. Source: USA Today

#1
TL;DR Zenimax didn't listen to the guy who's ideas have single-handedly revolutionized the gaming industry, now Zenimax's big aquisition is worth nothing.
#2
Have there been any significant improvements in virtual reality in the last decade? Any improvement to positioning, tracking? I wrote my thesis on Augmented Reality back in the 2000s and since then people still use the same tracking systems and dream up the same applications, with what seems to be no significant progress.
#3
Right…a reality where he still develops games that matter and are, you know, fun.
#4

WrigleyvillainRight…a reality where he still develops games that matter and are, you know, fun.

He's a has been, lives on his former successes and hasn't done anything great for ages.
#5
VR would help the immersion a lot. I can just imagine playing Natural Selection 2 with VR thingie where all you see is the in-game world and not half of my room, desk, monitor bezel etc. That would be awesome.
#6

WhiteLotusHe's a has been, lives on his former successes and hasn't done anything great for ages.

Quite harsh there. He's not a has been as people actually value his work and willing to throw money at him.

A lot of hate for nothing. What have you done to judge others before they have a a chance to finish their project?
#7
No rage 2 ...
#8
I loved Doom 3 and Rage, but I do understand where some people had issues with them. However, there isn't a single game designer id rather listen to break down the tech and talk about it than him. Cant wait to see what he brings out next, as he is one of the reasons we have a lot of these FPS games now of days.
#9
I still remember the 1990s where VR was all the craze and arcades had VR machines/VRE Pods. If those systems kept progressing we'd be far past what Oculus Rift is offering now which is just a HD HMD.

Xenomorph in a VRE Pod 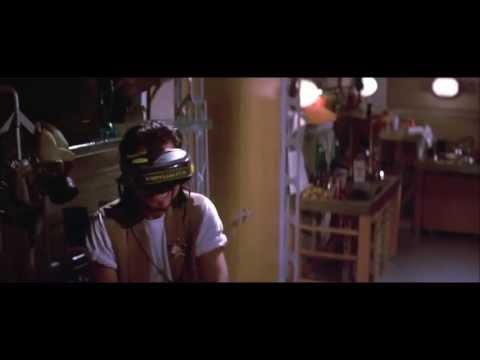 RejZoRVR would help the immersion a lot. I can just imagine playing Natural Selection 2 with VR thingie where all you see is the in-game world and not half of my room, desk, monitor bezel etc. That would be awesome.

Yeah quake and doom is were it ended for me, how ever they should be getting VR in to their games anyways.

To me the Oculus Rift is too expensive at this time maybe in time it get cheaper will have to see.. For now at least i am perfectly happy with my Track IR.
#11
You all seem to be confusing design and technical. Carmack never made a fun *game* (I'll disregard Commander Keen for this discussion), all he made were fantastic *engines* on which other people made fun games.
#12

hellrazorTL;DR Zenimax didn't listen to the guy who's ideas have single-handedly revolutionized the gaming industry, now Zenimax's big aquisition is worth nothing.

No doubt eh?
#13
Doom and Quake was where it ended for me. Doom was so much fun and still is. Quake was awesome I even made mods for Quake 1 and some Quake 2 mods. This is where a lot of popular games have come from.....

Rage - was a epic let down. It was borderlands on a different engine with a more linear story line.
Also there is no editor for Rage.
#14
His games were "all right"
#15
To be honest, Quake 1 was the first and THE BEST 3D shooter I have ever played. There isn't a single 3D game that I would gladly play even nowadays. Maybe Deus Ex 1, Unreal 1 and CS, but that's about it. ;)
#16

Prima.VeraTo be honest, Quake 1 was the first and THE BEST 3D shooter I have ever played. There isn't a single 3D game that I would gladly play even nowadays. Maybe Deus Ex 1, Unreal 1 and CS, but that's about it. ;)

OMFG you feel almost the same way i do.
Quake 1, Unreal 1, and their mods... ahhh good times. They're still my favs to this day.
#17
Hmmm, Quake was fun....
#18
It's kind of old news by now.
Carmack is a programmer and rocket scientist. Game design was mostly done by someone else.
#19

pr0n InspectorIt's kind of old news by now.
Carmack is a programmer and rocket scientist. Game design was mostly done by someone else.

The design aspects of ID Software were almost always handled by others. Carmack was so impressive because he crafted Engines that tackled limitations of the times. He probably contributed to pushing 3D gaming forward several years by himself, which is nothing to scoff at. The fact that he also insisted on Open Sourcing their earlier engines is also amazing to me.
#20
He's the Duke Nukem FOREVER of game developers... 'nuff said.
#21

Kinda self-explanatory, how does one not get that.
Add your own comment
Feb 18th, 2020 14:23 EST change timezone
Sign in / Register