Unreal Engine Gets a Host of Real-Time Raytracing Features

by
btarunr
Feb 13th, 2019 16:30 Discuss (16 Comments)
Epic Games wants a slice of next-generation NVIDIA GameWorks titles that are bound to leverage the RTX feature-set of its hardware. The latest version of Unreal Engine 4, released as a preview-build, comes with a host of real-time ray-tracing features. In its change-log for Unreal Engine 4.22 Preview, Epic describes its real-time ray-tracing feature to be a "low level layer on top of UE DirectX 12 that provides support for DXR and allows creating and using ray tracing shaders (ray generation shaders, hit shaders, etc) to add ray tracing effects."

The hardware being reference here are the RT cores found in NVIDIA's "Turing RTX" GPUs. At the high-level, Unreal Engine 4 will support close to two dozen features that leverage DXR, including a denoiser for shadows, reflections, and ambient occlusion; rectangular area lights, soft shadows, ray-traced reflections and AO, real-time global illumination, translucency, triangular meshes, and path-tracing. We could see Unreal Engine 4.22 get "stable" towards the end of 2019, to enable DXR-ready games of 2020.

Uhm, what is wrong with the current one. Other than that no-one is playing that:

jabbadapUhm, what is wrong with the current one. Other than that no-one is playing that:

Project was slashed, further development canceled due to success of Fortnite.
Was actually following this one close with dev streams. Shame.
#4
Cool! More potential for RT!
#5
Too late for Gears 5 to get RT? Maybe Gears 6? I think they are still using Unreal for that. I do like Gears of War (one of the best stories in video games i have played).
#6

dj-electricProject was slashed, further development canceled due to success of Fortnite.
Was actually following this one close with dev streams. Shame.

Only old timers like us still like to play classic shooters. :) I also cry at nights cause another UT was canceled, especially since it's gameplay style went back to UT'99.
#7

There is one since a couple of years ago at least.
But UT99 remains my favorite.
#8
Whoa, whoa, whoa, Unreal Engine may have preliminary support for it but games that actually use it are likely years off. AFAIK, there still isn't any Vulkan nor D3D12 UE4 retail games on PC and that support has been floated for years.

Epic can lead developers to water but it can't make them drink. Most games made on UE4 anymore are indie which are all about gameplay. Most developers won't put in the effort to implement bleeding edge technologies because that translates to money they don't have for the project in the first place. If Epic wants those features to take off, it would have to first push it out in a game like Fortnite and make it easy for developers to use.

We used to play against/with each other in college in the late 90s. :)
#12
I'll have to train my girl friend up in gaming... Still got her everything but the motherboard so far!! :(
#13

We used to play against/with each other in college in the late 90s. :) 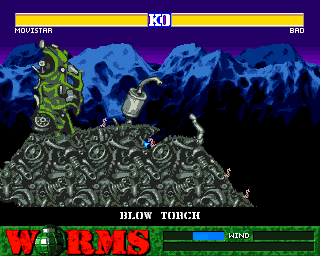 moproblems99As in for the PS2?