by
Raevenlord
May 17th, 2019 11:43 Discuss (182 Comments)
The Hot Chips conference is one of the leading-edge grounds for discussion of new silicon-bound technologies, and AMD will, as usual, take to its grounds in an effort to detail their efforts in their technology fields. The conference's organization has already confirmed a number of participants in its conference schedule, which includes the likes of Intel, Microsoft, Alibaba, NVIDIA, Tesla and of course, AMD.

AMD will be delivering two keynotes: the first, on August 19th, is simply titled "Zen 2", and will therefore deal with the underpinnings of the Zen 2 microarchitecture, which will be pervasive to all of AMD's CPU product lines. A second conference will be held on the same day by AMD's CEO Lisa Su herself, and is titled "Delivering the Future of High-Performance Computing with System, Software and Silicon Co-Optimization". On the next day, August 20th, another AMD keynote is simply titled "7 nm Navi GPU", and we expect it to follow in the footsteps of the Zen 2 conference. So, with AMD diving deep into both architectures come August... it's extremely likely the company will have launched both product lines by then. Fingers crossed. You can find the abstract on AMD's CEO Lisa Su's conference after the break.

From medicine to the frontiers of scientific research, manufacturing and entertainment-the demand for computing and graphics technologies continues growing. While we are entering a golden age of high-performance computing, it is increasingly clear that the techniques the industry has used to reach this point will not deliver similar advances over the coming years. As the gains from Moore's Law have slowed in recent years, the industry has begun to focus on new areas of innovation to maintain the historical pace of performance improvements. AMD CEO Lisa Su will discuss new techniques in system architecture, silicon design and software that will enable future generations of computing and graphics products to deliver more performance with greater efficiency.

EarthDogIt can be the same story with huge brick and mortars (I was intentionally generic with my words above). It just depends on how many are ordered, when, and how many are sold/leftover along with when you are buying. All around its a crapshoot, really. In general, the longer the better, no matter where you are purchasing it from.

EDIT: Also, those large B&Ms have to take whatever stock they get from AIBs... if AIBs have a bunch of old stock, chances are they aren't taking the time to flash them either.

PS - I also happen to know the Procurment Manager for components at Microcenter (he's based in Ohio where I live).

That's true, but most half-decent brick-and-mortars can do a necessary BIOS upgrade for you in store (or at least ought to be able to do so), free of charge.
#177

7 Your native english speaker's grammar is killing our brains
#178

ValantarThat's true, but most half-decent brick-and-mortars can do a necessary BIOS upgrade for you in store (or at least ought to be able to do so), free of charge.

I've seen it done for a cost (Microcenter)..It would be nice to have that as commonplace. Does Frys do that?
#179

EarthDogI've seen it done for a cost (Microcenter)..It would be nice to have that as commonplace. Does Frys do that?

I'm not in the US, so I have no idea whatsoever, but at both the stores I've worked at and the ones I frequent now (much smaller than US retail giants, I might add - large electronics chains in Norway are useless when it comes to PC parts) have done stuff like that free of charge. After all, it's a relatively quick fix that helps move old-stock hardware, which both pleases management and helps the store's reputation. Of course all the stores in question have either had in-house service techs or have had technically competent sales staff with the equipment and time to quickly rig up a system for something like this. I've done a lot of weird, off-the-cuff service in my time in retail.
#180
Maybe mom and pop shops will do that here...but no big shops I know of will. :)
#181
Some great news a few days before official announcements. 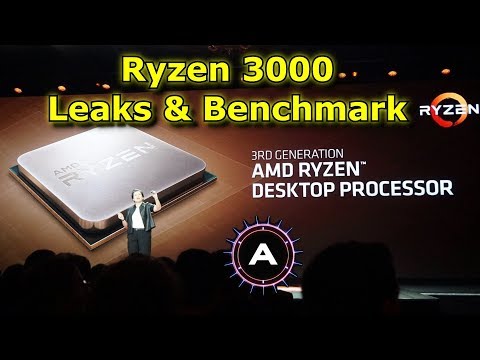 Towards the end of the video the big news about Ryzen 3000 12C hitting 5GHz turbo clocks. :eek:

And a crop from an instance of the same video (18m37s) that can help caclulate IPC gains from Threadripper 2950 with almost the same clocks. Result: +18,5% for Zen2 in IPC!!!

Some of us have told so just by math logic from the 7nm and the previous zen+ clocks but not many believed that would be possible. I just thought it was early for a new process to hit 5GHz. If they managed it so soon, we will see great products with awesome performance/W efficiency too. And as some of us have told many months ago, only price will determine this line of CPUs' market success.
#182

Buildzoid made a video for 12 phase Master version for GN, and it's true 12 phases from 16-phase controller no doublers. 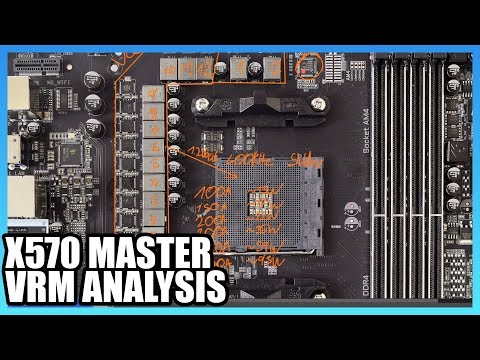