Updated by
Uskompuf
May 6th, 2020 21:39 Updated: May 11th, 2020 01:44 Discuss (11 Comments)
EA has confirmed that it's existing games for Xbox One and Playstation 4 will receive free patches to upgrade them for next-generation consoles. The PS5 and Xbox Series X both feature ways to play current-generation games, both consoles will attempt to automatically boost games up to 4k resolution. While these options ensure broad inter-generation compatibility issues can arise from game limitations, this is where manual patches come in allowing developers to take advantage of the extra performance and radically overhaul their games.

Electronic Arts CFO Blake Jorgensen confirmed in a recent earnings call that EA would not charge consumers for these patches. "As usual, we have presented the quarterly phasing of our net bookings in our earnings presentation. Note that this year, the phasing includes the effect of revenue recognition from the games we are launching for the current generation of consoles that can also be upgraded free for the next generation."

Update May 11th: In typical EA fashion, it has been confirmed that the free game upgrades will not be offered through Microsoft's Xbox Smart Delivery which allows for updates at any time but instead through EA's proprietary system which will only grant the free upgrade to those buying the game early and soon upgrading to next-generation consoles. To be eligible for the free upgrade in regards to Madden NFL 21, players must purchase the game on Xbox One before December 31st, 2020, and upgrade to Xbox Series X by March 31st, 2021. It is unclear how much the upgrade will cost or if it will be available for players who purchase or upgrade outside of this timeline.
Source: EA

#1
Those Evil Bastards!
Giving people what they want...
#2
The boffins at Electronic A-holes have made a startling discovery - that there is a possibility that being greedy could actually be a bad thing.

More research is needed because they are slow learners.
#3
To my knoweldge, XBox doesn't even need patching, some mild effort is needed for PS5
#4
Well Battlefield 5 has died..
#5

steve360The boffins at Electronic A-holes have made a startling discovery - that there is a possibility that being greedy could actually be a bad thing.

More research is needed because they are slow learners.

What are you (and the rest) talking about?

They will monetize this. The vast majority of their games is DLC-and MTX driven bullshit. Seasonal passes, etc. They act like they're giving you something, but its just an efficient way to keep using their existing dev work. A way to remain lazy and maximize profit.

You're not getting anything new here. These games are all played and probably finished long ago... Meanwhile, their revenue streams are quickly growing in the MTX segment, 'post launch content'.

This is similar to 'Look at us, we made a decent PC port' and marketing it. You damn well better, idiots, its the least we should expect. Somehow we think its normal to pay for the same content once more because it re-releases (or doesnt) on an upgraded device? How did those PC games ever work then? And what about backwards compatibility? Isn't this supposed to be the norm for more powerful hardware?
#6

Microsoft may not have given them any choice in the matter....
#7
Dealing with cross gen compatibility will be a breeze anyway, since both consoles are suppose to be able to run with reduced number of cores/threads.
#8
Do they add mouse support to multiplayer, newer worked in battlefield.
#9
EA's games are the type of casual garbage I avoid. We already knew their 'next gen' games will essentially be current gen games simply upscaled, this confirms it.

FIFA 28 in 5 years time will be basically identical to FIFA 24 that came out last year.
#10

steve360The boffins at Electronic A-holes have made a startling discovery - that there is a possibility that being greedy could actually be a bad thing.

More research is needed because they are slow learners.

Took them long enough to get out of this mindset: 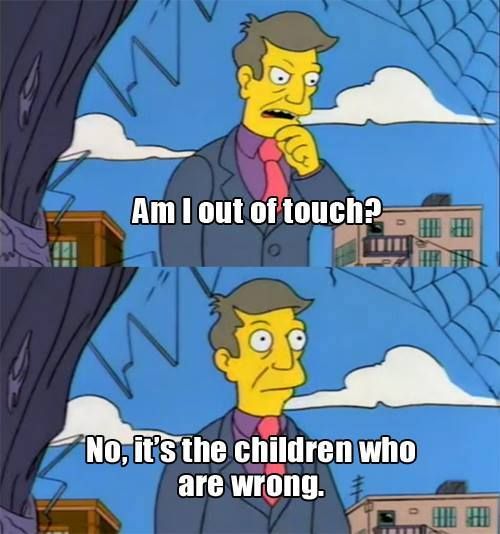 #11
Didn't they bone people by time gating it? I remember hearing that they'll only allow people to upgrade if they bought their games between a certain date
Add your own comment
Jun 17th, 2021 00:32 EDT change timezone
Sign in / Register