Press Release by
btarunr
Jan 5th, 2018 01:38 Discuss (4 Comments)
Toshiba Memory America, Inc. (TMA), the U.S.-based subsidiary of Toshiba Memory Corporation, will be highlighting the use of its industry-leading BiCS FLASH 3D memory in several applications - including its new lineup of NVMe SSDs, the RC100 Series.

At CES, TMA is collaborating with its customers and technology partners to take on the future - together. Toshiba was the first company in the world[1] to announce 3D flash memory technology, which effectively addresses the processing, storage and management of the growing volume of data generated worldwide. Recent announcements see the company continuing to lead the industry forward, including the introduction of a 96-layer 512Gb die; the debut of the industry's first[2] flash memory device with quadruple-level cell (QLC) technology; and the addition of Through Silicon Via (TSV) technology. Already enabling the enterprise, data center, PC and mobile applications of today, TMA's BiCS FLASH has paved the way for the applications of tomorrow. In everything from artificial intelligence and virtual reality to a growing number of automotive applications (such as infotainment), high performance computing and the ever-expanding "internet of things," storage density needs will climb higher and higher - and BiCS FLASH was designed with this in mind.

CES - the biggest stage for consumer technology breakthroughs - is the ideal forum for the inventor of NAND flash to introduce its latest innovations. Harnessing the power of its state-of-the-art 64-layer BiCS FLASH 3D memory, TMA's latest SSD innovation sits right in the sweet spot between SATA SSDs and higher-end NVMe SSDs. The new RC100 Series was designed to address the entire spectrum of computing - and make the benefits of NVMe accessible to the mainstream market.

NVMe for Everyone
Making its debut at CES, TMA's RC100 M.2 NVMe SSD Series has been built from the ground up to deliver faster-than-SATA performance in a cost-effective and power-optimized solution for today's DIY builders and PC gamers. A small 22x42mm form factor, low power consumption, excellent performance and an affordable price all give the RC100 a true competitive edge.

Also at CES, the TMA Storage Group will demonstrate its small, sleek, ruggedized external SSD. The new XS700 incorporates Toshiba's BiCS FLASH technology and was designed with portability and affordability in mind.

All that techno-babble sounds good, but what exactly will it do for me and other users in terms of day to day usage scenarios....

Do you feel lucky ?
Well, do ya, punk ?
#2
NO PICS? either? This must be "Fake News"!
:laugh:
#3
The press release is heavy on babble and light on info so this may help. This is an entry M.2 offering for the gap between SATA and high-end NVMe.

What we have is this:
SATA = jogging at a reasonable pace
NVMe = riding a horse
RC100: something between

An RC100 is you being dragged behind the horse! 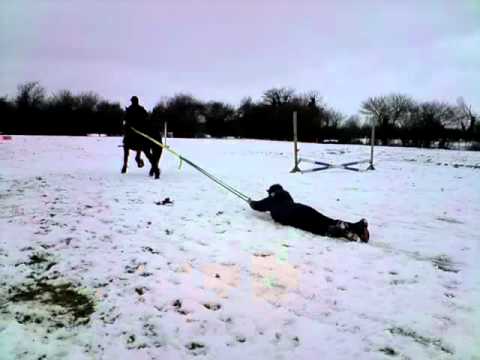