Press Release by
Chino
Mar 8th, 2018 10:48 Discuss (22 Comments)
Japanese cooling expert Scythe launches the 5th Generation of its legendary Ninja CPU Cooler Series. Scythe bundles the Ninja 5 with two Kaze Flex 120 PWM fans with the goal to offer a significantly more silent solution without compromising the high performance that users expect from the Ninja Series. This goal has been achieved by mounting the two fans using the Push/Push principle and setting the fan rotation limit to only 800 rpm. Outstanding RAM compatibility is assured even when used with LGA 2066 Mainboards with 8 RAM-Slots thanks to a new heatsink optimization. In addition to that, Ninja 5 is equipped with the third generation of the Hyper Precision Mounting System (H.P.M.S.) which further simplifies the installation procedure and supports all the major AMD and Intel sockets.

Dual Fan Design with Push/Pull Setup
The new Ninja 5 is equipped with two fans of the high-quality Kaze Flex 120 PWM fan series, whereas the predecessor had only one fan. Delivering great performance at low noise levels is achieved by mounting the two fans in line, where the first one is pushing the air into the heatsink and the second one pulling it out. Both fans support the PWM function and can be controlled using the motherboard's fan controller in the speed range from 300 to maximum 800 RPM. Thanks to this low fan speed range, virtually inaudible noise levels from 4 to 14,5 dBA are accomplished.

The Kaze Flex 120 PWM fan series features a long lifespan of 120.000 hours (MTTF) and really quiet running thanks to the high-quality Sealed Precision FDB. Shock absorbers made of rubber are located in the corners of the fans to prevent the transfer of any vibration.

Improved RAM Compatibility
The heatsink design of Ninja 5 has been tweaked in the development process. While the new all-black top fin-layer offers improved aesthetics, the shortened six fin-layers on the bottom of the stack are assuring great compatibility to RAM modules. Thanks to the gaps, which are implemented on two sides of the heatsink, Ninja 5 is able to offer outstanding compatibility to RAM modules with a total height of 55 mm. Fast heat transfer from the nickel-plated copper-base to the aluminum fins is achieved by utilizing total of 6 high quality copper Heatpipes, which are nickel plated as well.

User-friendly Mounting System
Scythe equipped the Ninja 5 with the third generation of the Hyper Precision Mounting System (H.P.M.S) which combines a solid metal-backplate with a pre-installed mounting bar. The new mounting system omits some of steps, which had to be taken with the previous systems. Special rubber/plastic spacers are used to hold the backplate in place which significantly improves the usability. Further improvement of the installation process has been achieved by pre-installing the mounting bar. Uneven pressure and weight distribution is prevented by the spring-loaded screws, which are located in the mounting bar.

#1
I don't understand the design. Why place the second fan behind the second tower when we have the rear case fan. It would be better in the middle.
#2
At 800 RPM, it should be incredibly quiet (source, all my Silent Wings 3 fans run at ~800 RPM in idle).
#3
I guess the Ashura isnt big enough despite handling a 8350 at 5GHz?

Edit, there is a AM4 mounting kit, they should continue selling this cooler but with the AM4 kit lol
#4
Weight: 1190 g including fan
Overall dimensions WxHxD: 138 x 155 x 180 mm (including fans - more dimensions) 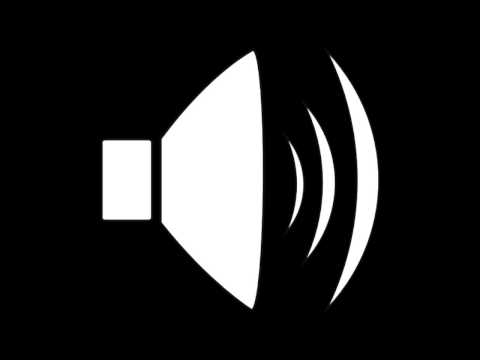 I presume that cost quite considerably less than the noctua
#9

and also made me laugh a ton, thanks for making my morning lmao
#10

I agree. Plus, it seems like it would take less static pressure to push/pull through half the distance than through the entire heatsink.
#11
Thick as Fick .
#12
I love Ninja's, mostly because if you need to have fans going Top-Bottom rather than Left-Right, you can with this (its great for reverse ATX builds in some places).
#13
WOW, what a monster of a heatsink!

Because not all cases have fans behind the CPU in that location. That's nothing stopping anyone from taking the rear fan off.
#14

This gives you the option of not using it or using it. The heatsink itself has a less expansion profile then too (instead of having a big gap in-between) thus having to be spread out even more. Personally never liked the half-half type of coolers, especially since you lose a lot of surface area.
#15
Nice to see more low-noise coolers with fans which can go below 500 RPM. 300-800 is a great range.

My NF-A14 run at 150-600 RPM. It's actually really cool to watch a fan spin so slowly that you can almost see the individual blades.
#16
My Ninja 2 and 3 are still in use today, excellent performers. Don't have a Ninja 4 only because my latest builds needed heat-sinks of specific heights, but I think I will have a place for the new 5 in a couple months.
#17

No, fin area is lost. This is EXACTLY what I want and they finally made it. Dual fan cooler like that will barely edge out one like this with a single fan, let alone dual. I've been waiting for another big ninja that will screw to AM4. My Ninja 2 rev B is bad ass.

It's a shame it's not taller and wider and didn't have the cut outs. Throw away the stupid ram heatsinks.

Fin density (fpi), count and thickness are much more important than the size of the cooler.
#19

cucker tarlsonFin density (fpi), count and thickness are much more important than the size of the cooler.

Except we all know they won't go thicker due to cost and density is probably already at the limit for air flow. Bigger is better.

eidairaman1I presume that cost quite considerably less than the noctua

Here in Germany the D15 costs ~85-90€ and the current Ninja 4 ~45-50€
#21
It's a 120mm cooler, the advantages of the extra fin area in the middle are lost with smaller vertical size and lower cfm fans.
Anyway, what stirkes me most is 800rpm fans for a long and bulky cooler like that. Is there enough pressure in the first fan to push the air through ? The design and the fans included seem very mismatched.

I'm fascinated to see the results of how well this performs in comparison to a standard 140mm TR Macho.
#22
Nice ! Cant wait to see how this test out ! Still have Zero reason to swap out my 1st Gen Ninja Plus Rev.B (except for the copper unit :D), Modded it from skt 478 thru 775 and now 1155 for the 2600K even at 5.2 Ghz. extremely quiet and no worries if a fan ever dies, fanless works just fine. Best of all Temp drop is SO fast it is amazing after running. 11 year old cooler across 3 platform's for $35 Umm Yes Please ! :toast:
Add your own comment
Jun 2nd, 2020 11:07 EDT change timezone
Sign in / Register