by
btarunr
Jun 9th, 2019 22:46 Discuss (38 Comments)
Microsoft at its E3 2019 keynote dropped a huge teaser of its next-generation gaming console development, codenamed "Project Scarlett." The console is expected to pack some serious hardware that powers gaming at 8K resolution (that's four times 4K, sixteen times Full HD). That's not all, it will also feature real-time ray-tracing. Microsoft's performance target for the console is to be 4 times higher than that of the Xbox One X. The company is also giving the console its first major storage sub-system performance update in years.

At its heart is a new 7 nm semi-custom SoC by AMD and a high degree of customization by Microsoft. This chip features CPU cores based on the "Zen 2" microarchitecture, which provide a massive leap in CPU performance over the current Scorpio Engine SoC that uses low-power "Jaguar Enhanced" cores. At the helm of graphics is a new iGPU based on the RDNA architecture that powers AMD's upcoming Radeon RX 5000 "Navi" graphics cards. It's interesting here to note that Microsoft talks about real-time ray-tracing while we're yet to see evidence of any specialized ray-tracing hardware on "Navi." In its teaser, however, Microsoft stressed on the ray-tracing feature being "hardware-accelerated."

Microsoft is deploying fast GDDR6 memory on "Project Scarlett." AMD is probably implementing hUMA (heterogeneous unified memory architecture), which allows a common physical memory pool to be used as both graphics- and system-memory. That brings us to the next big innovation, storage. With NAND flash prices in free-fall, Microsoft recons the time has come for SSD to be standard-equipment in an Xbox. These consoles will come in various sizes of SSDs, and the console's OS will use SSD for virtual memory. With Microsoft emphasizing on these being "a new generation of SSDs," we speculate these drives could implement NVMe as opposed to SATA/AHCI.


The introduction of "Project Scarlett" and its competing PlayStation, holds tremendous implications for PC gamers. For one, it raises the bar of what is considered "mainstream" for gaming graphics and technology. This allows game studios to invest in increasing visual fidelity for PC games. 4K could finally become the mainstream gaming PC resolution, as could real-time ray-tracing. GPU manufacturers could dial up their compute and real-time ray-tracing hardware development in the upcoming generations. We could finally see the next "Crysis" like game that roasts our machines but rewards fast hardware with unbelievable eye-candy.

38 Comments on Xbox "Project Scarlett" to be 8K and Ray-tracing Ready, AMD-powered, Coming 2020

xkm1948Both are late to the party

M.2 is a form factor. It doesn't mean SATA or NVMe.

SSD is a technology. It doesn't mean SATA or NVMe.

What is the point you're trying to make?
#32

xkm1948Both are late to the party

Not late but at the point where NVME can be bought to allow a console to stay under $700 US per unit. 2 Years ago this was not possible.
#33

BoiseTechM.2 is a form factor. It doesn't mean SATA or NVMe.

SSD is a technology. It doesn't mean SATA or NVMe.

What is the point you're trying to make?

"Both are late to the party " argument is wrong when Microsoft is selling several PC hardware with M2 2280 NVME SSD.
#34

"Both are late to the party " argument is wrong when Microsoft is selling several PC hardware with M2 2280 NVME SSD.

I don’t think he’s saying that MS doesn’t use SSDs at all, he was saying that they didn’t use them in consoles. Surface is not a game console, so it doesn’t relate to his point.
#35
Ok, but wtf is this¿ 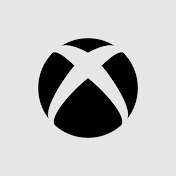 #36
I've been thinking about this for a few days and have concluded that Microsoft is full of BS. Few games are going to run at 8k very well. And even if the system was powerful enough to push TRUE 8k, who's going to take advantage of it? Seriously, 1080P is still the dominant display still today. 4k displays are making inroads but only with movies and most people are not gaming at 4k. Microsoft is talking 8k as a marketing tool, nothing more.

horikOk, but wtf is this¿

Right? Stupidity is what that is and yet another reason why I think Microsoft has their heads planted firmly up there backsides and needs to be avoided.
#37
LOL...maybe upscale to 8k. I bet the game will render at the most 4K.
#38
GUYS,
Here's how 8K on consoles applies:
#1 - 8K capability simply means the GPU meets the HDMI v2.1 spec and is capable of outputting enough bandwidth for 8K resolution

#4 - 8K is almost completely pointless. By math, someone with 20/20 vision cannot see ANY difference at 0.75x the diagonal. That's FOUR FEET (48") if the HDTV is about 65". Practically speaking you can actually only see changes at roughly TWO FEET or about 0.38x the diagonal and that's only if you have very small text or something... that's only likely on a DESKTOP situation like video editing in which case you'd need to be 12" or closer on a 32" desktop monitor to observe the difference.

#5 - 4K requires you to be about 1.5x the diagonal or closer to observe differences over LOWER resolutions than 4K such as a normal 1080p monitor. That's closer than EIGHT FEET on a 65" HDTV.

#6 - to summarize, you should be closer than 1.5x for 4K and closer than 0.75x for 8K but practically speaking you need to be even closer

#7 - more specifically, the 1.5x diagonal distance is where being FURTHER BACK makes anything higher than 1920x1080 (1080p) pointless. The exception though is that 4K HDTV's may have superior video processing which affect a video so the image may still look better due to processing (though you should never have motion smoothing or any type of video processing on for a game input).


There's just no practical reason to produce more than 4K content for consoles. Sure, even at 4K you can see some ALIASING (jaggies) in video games but it's more efficient to apply some small amount of anti-aliasing than to further upscale the content and even then you'd never have a reason to go all the way up to 8K.

Update:
Since DYNAMIC RESOLUTION on consoles is getting easy to implement, I could see them scripting to process games at higher resolution than downscale them prior to sending the video to the screen. In theory, maybe even at 8K resolution if it's just an automated script and it's an OLDER GAME that requires little processing. Even then, it would probably be set to upscale dynamically to whatever then downscale again to 4K before sending out the video signal. Even if it's an 8K HDTV you'd probably still have it setup to always be linked at 4K@120Hz. Especially if both don't have DSC.

Also, having a higher bandwidth THROUGH the HDMI cable such as 8K vs 4K requires a much higher quality HDMI cable. Anyway, I'm bending over backwards to think of situations 8K would work but again practically speaking there's no point no matter how powerful the console gets as it's a human VISUAL limitation aside from processing limitations.

juisemanLOL...maybe upscale to 8k. I bet the game will render at the most 4K.

You'd never want to upscale game content after it's been rendered as that adds latency to process the video in the HDTV's video processor which results in gaming lag. I'm not sure there'd be any obvious benefit to upscaling game content that is already 4K anyway (or normal video for that matter).
Add your own comment
Feb 29th, 2020 02:14 EST change timezone
Sign in / Register