by
Raevenlord
Dec 22nd, 2020 14:18 Discuss (79 Comments)
The dankest of memes has come out of the digital underworld to spread fear through all chickens out there in the world. KFC has announced the KFConsole, a development made in partnership with Intel, ASUS, Cooler Master, and Seagate, do deliver a console that "runs better than any other console" - which means bugs relating to chicken movement have been ironed out before release. The chassis is a KFC chicken bucket-shaped one, and is based on Intel's NUC 9 Extreme compute element paired with an unspecified ASUS graphics card - that supports ray tracing.

According to Cooler Master, the console supports 4K gaming, ray tracing, and supports up to 240 Hz displays. A 1 TB NVMe SSD is also inside, obviously. And KFC has found an ingenious, marvelous way to reuse all that wasted TDP that manifests in the form of heat with a purpose-built compartment - the Chicken Chamber), where users can download their chicken wings in the middle of a gaming session to heat them up via the power of the integrated hardware choices. A sure nail in the coffin for the current console wars - Sony, Microsoft and Nintendo must be collectively trying to fly away from this monster (and failing). And I can already hear the collective noise of scalpers rubbing their hands at feeding their pockets, and their mouths as well.

#5
Holy crap, they were serious about this LOL
Also, I take my hat off to @Raevenlord 's writing of this news, it just made the whole thing even funnier for me :laugh: :lovetpu:
#6
Excuse me what the fuck.
#7
I would pre-order this, where do I input my credit card #.
#8
Do they use chicken grease as thermal paste,.....?

When the system is stressed does it smell like a rotisserie chicken,....?

With this KFConsole I'll satiate my hunger! :D Kudos to KFC and all the parties involved. cheers!
#10

OctaveanDo they use chicken grease as thermal paste,.....?

When the system is stressed does it smell like a rotisserie chicken,....?

Finally Intel & GPU manufacturers have an excuse for creating 300w or more peak power usage CPU/GPU. Would you like fries with that?
#14
Only teens can work it?

n-sterDamn, 2020 effed up april fools too 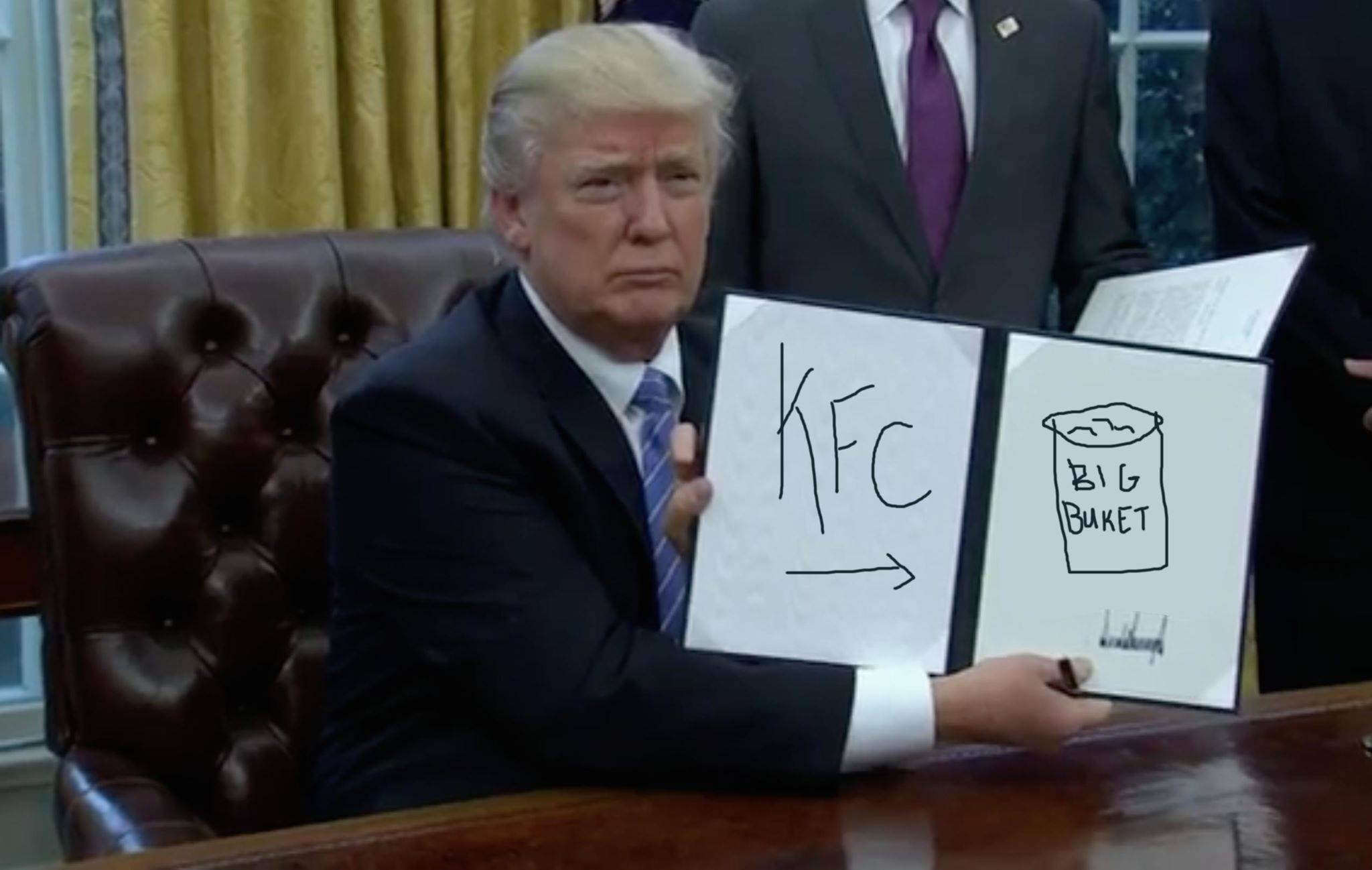 Real News?
#18
Forget the chicken, throw a Hot Pocket in there. Let it cook while you game for an hour or two, then take it out and snack on it. Replace with a fresh Hot Pocket from the mini-fridge next to the console, and you'll have another Hot Pocket ready when you get hungry again.
#19
The jokes write themselves,....

freeagentThis would be excellent with a gaming chair with a built in dumper and cold storage to hold all that Diet Coke.

Will this be on stock and and not scalped?
#23

Will this be on stock and not scalped?

Maybe in the Chicken Stock aisle?
#24

MIRTAZAPINEI think I'll just get a regular air-fryer instead. I don't think even an Rtx 3080 with a 10900k is good enough to have crispy chicken. I curious to see the kfcconsole just for the laugh. Anyone remember the 5.25 bay toaster?

Do air fryers make food taste good? I read they are horrible... my Dad has been considering getting one though... any tips for us to get good taste out of it?
#25

Fixed that for you.

Something like this just equals greasy CPU's with a roll.